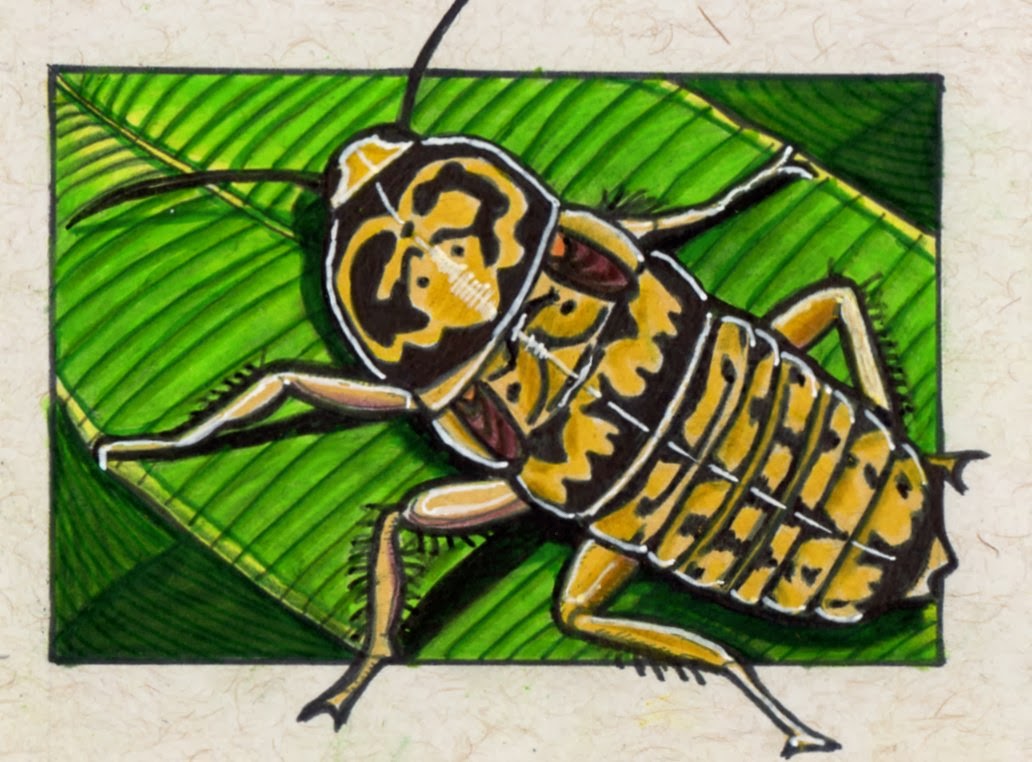 Cockroaches are insects of the Order Blattaria and there are over 4,500 species ranging in size from 3mm to 80 mm. Commonly regarded as a pest - of all these species, only 30 are associated with human habitations. They are in fact an ancient Order, with fossils dating back to before the dinosaurs. Extremely adaptable, they have a cosmopolitan distribution, only avoiding the polar regions and high elevation.  These extremely hardy insects can withstand extended periods without food, and will live for a while after decaptitation. Some species can survive underwater for extended periods, withstand freezing. Their diet is particularly versatile and they will eat almost anything they can gain nutrients from - including the glue off postage stamps. Their ability to withstand radiation is somewhat over-exaggerated, however.

This pictured species is a Harlequin Cockroach. He is, due to his attractive colouration, one of the cockroaches that have found their way into the pet trade. He is fast and a skilful climber. When threatened, he can release a chemical that smells like pear droplets. This chemical, amyl acetate, has been used as a solvent and is also an agent in the prepration of penicillin.
Posted by LemurKat at 5:30 AM