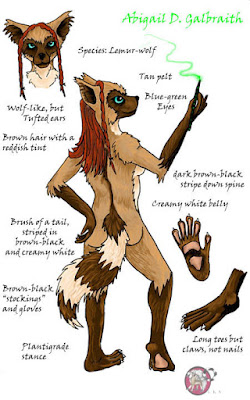 Abigail meets a vast amount of other characters throughout the process of the story, these are but a small selection of the main ones. I know, I know - I have far too many characters!
Posted by LemurKat at 8:10 PM 2 comments: