Diana Wynne Jones was an excellent English author who wrote for young adults and children, particularly in the fantasy and sci-fi genres. Her novels are fast-paced and filled with twists and turns and colourful characters. She entertained many a child and probably inspired the likes of JK Rowling.

So I thought we should pay tribute to her.

I hosted an Art Card swap on Atcs for all . It got off to a slow start, but eventually I had 9 participants. Then, one by one, they all dropped out, until only four of us were left. Still, four is enough for a 3-card swap!

Here are the cards I created and we received: 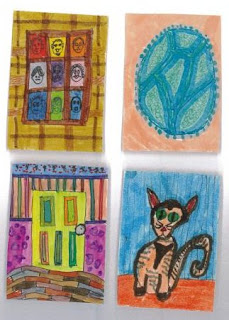 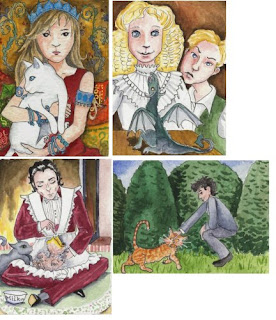 Goddess and Bethi, Charmed Life, Chrestomanci with the griffin, Throgmorton and Christopher
by Itti 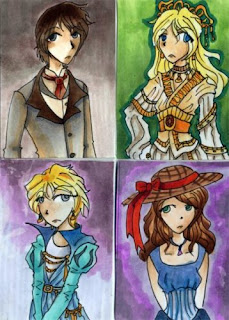 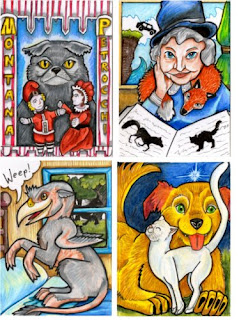