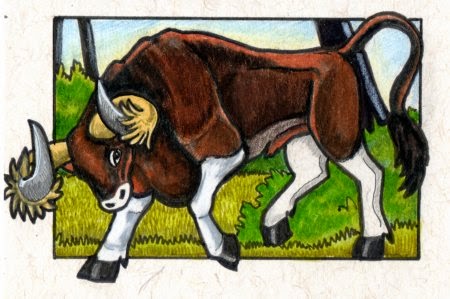 The Kouprey is a species of wild cattle, once found throughout Cambodia, Vietnam and Laos. Alas, uncontrolled hunting led the population into sharp decline and the last living specimens were seen in 1988. It is classified as critically endangered, possibly extinct. There is no captive population. In the wild, his natural habitat is forested areas. The cows form herds, led by a dominant female, and the bulls join them during the dry season.